* The magician who hath a supposed greater knowledge of magick and contradicts knowledge of another magician of greater or lesser rank will never excel in his studies. [This basically means keep your ego in check. You are still only mortal and arrogance on your behalf will only hold you back]
* The powerful magician doth not boast of power or greater knowledge. He shall excel. [A little humility goes a long way]

* The rank of one magician compared to that of another should not be viewed as competition. [You are not in competition with others of your faith, you are brethren and should help one another]
* A magician of lesser rant is not inferior and should not view another of greater rank as a threat, but as an equal and one to be learned from. [Those more experienced can help you achieve your goals]
* A magician of greater rank is not superior and should not view another of lower rank as weak or inferior, but as an equal and one to be learned from. [The experience of the magician should not be used to pull rank]
* What one magician sees as the best or only way of magic, another may not. We are all individuals. [There are many ways to preform the same magickal operation and no one way is the best way. What works for one person may not work for another]
* As in everything, each individual has an area within magick where he is most adept and will excel rapidly. [We all have different strengths and weaknesses. It’s up to us to find out where we excel and where we could use practice. Know thyself]
* Each magician is given at least one gift from the universe (Satan). This gift may be one that another magician might possess, but another will lack in to where excelling is almost impossible. This is because a gift is natural extension of something the magician is born with. [Don’t beat yourself up if divination comes easier to others than it does to you otherwise your self-confidence will duly suffer. You might pack a wallop when it comes to sending and directing energy wereas those who excel at divination might not]
Posted by Unknown at 4:09 PM No comments:

Email ThisBlogThis!Share to TwitterShare to FacebookShare to Pinterest
Labels: morals

Summon a Succubus/Incubus for Sex with a Daemon (Astral Thought Forms)
- From Daemonic Love Magick, by S. Connolly

To initially create the servitor, you will need a strong energy source. From my own experience, the orgasm is the best method to acquire this much energy in one instance. Plus, it’s perfect when the entities you seek to create are for the purpose of sex. Obviously, the more participants, the stronger the servitor. In this I am not necessarily suggesting orgies. Clearly you should only participate in sex magick with people you know, trust, and with whom have the same magickal goals as you. Sometimes it’s better to just work alone to create a servitor or with one partner so that you are the sole master of the servitor you’re creating.
Ideally, to create your servitor you will want to clearly outline what you expect your servitor to do for you (in this case, sex). You will also want to give it a name and give it a symbol or sigil of your design. Give it a form if you wish. Then, within a ritual space conducive to the work (usually overseen by Ba’al or you highest Daemonic god form), you will want to masturbate or have intercourse to orgasm. At the point of orgasm, channel all of your energy to the name and sigil and imagined form of your servitor. Repeat this ritual for 7 days. Around day three or four, you will really start to feel the presence of this being you have manifested.
Feed your servitor once a week for the first month, and once every two weeks after that. If your servitor is used often, you will need to feed it more often. Of course the beauty of the sexual servitor is that each time you have sexual relations with it, it will feed off the pleasure and orgasms it gives you. Some magicians warn that this could be dangerous because sometimes servitors will arouse you from sleep for a feeding. Some servitors can become greedy. Keep this in mind.
Keeping more than one servitor is a great deal of work and requires the magician to expend a great deal of energy. So consider this before choosing to create more than one.
Copyright© Satan's Garden Satanic website
-
Priestess Satanika 2015, 2016, 2017, 2018
Posted by Unknown at 3:37 PM No comments:

.
. Hello sinners - it has been a while, but due to not being able to  update Satansgarden.net  at the moment, I'm going  to be writing my current findings, that I have experienced in the past 6 days.
Firstof all, I have made contact with two sex demons/Gods in the past three days.
This is all due to my current nautural energy center, in the deep Minnesotan, East Central forrest. That is where I first dicovered Satanism eight years ago now. 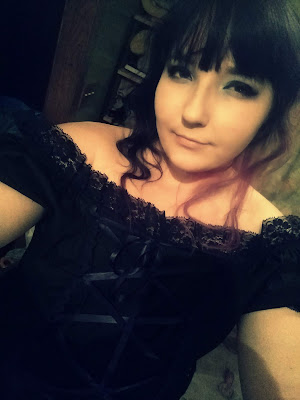 Well, I guess I have to saw that after reading quite a bit of 'The Complete Book of Demonalatry', by S. Connolly, ' Kundalini Yoga, The flow of Eternal Power', by Shakti parwha Kaur Khalsa, and The Green Witch by Arin Murphy-Hiscock, I have gaine permission Lord Enki about using Invocation to channel with Asmodeus. I have seen him as a form, and firmly believe him to be from the Dukante family 4, number 6. He is stronger during the sunset hours of CDT (8:59) a sunset time here.
He had completely white skin, long bnlack hair, and a clean young body and face, as well as neon blue eyes - they were long and cat like . This seemed as a young man with sharp, but boyish features. He was skinny and you could see slight muscle. He was also fairly tall, about 6 and ahalf feet or so. I lit up my altar of Bahpomet, and began to burn Lavandin Essential oils, with clove and Bergamot.       He began to talk to me after I drew his sigil from the Leser Key of Solomon, out of natural coal, I invited him, and he came to me after asking mid ritual and meditation.
I stated my needs as sexual nature, and he loved to have long conversation, and foreplay. In Connolly's book I mentioned earlier, he is discribed as a Dukante Daemon. "Asmodeus - demon of Lust: ayer avage Aloren Asmodeus aken - twin to Amducious. Appears as an attractive and clean cut and articulate man. His eyes seduce all women mortal and otherwise. He will answer calls through Ouija boards if asked. He is very friendly. Be forwarded , he often turns conversation into some aspect of sexuality as it pleases him." In the Goetic hierarchy, he is number 32 as Asmoday.
In The Lesser Key of Soloman by S.L. MacGregor Mathers & Aleister Crowley, he is described as
the following: "Asmoday - The thirty-second spirit is Asmoday, or Asmodai. He is a great King, strong, and powerful. He appeareth with three heads, wereof the first is like a bull, the second is like a man, and the third like a ram; he hath also the tail of a serpant, and from his mouth issue flames of fire. His feet are webbed like those of a goose. He sitteth upon an infernal dragon, and bareth in his hand a lance with a banner. He is first and choicest under the power of Amaymon, he goeth before all other.  He teacheth the Arts of Arithmetic, Astronomy, Geometry, and all the handicrafts absolutely. He giveth true and full answers unto thy demands. He maketh one invincible. He showeth the place where treasures lie, and gaurdeth it. He amongstthe Legions of Amaymon governeth 72 legions of spirits inferior. His seal is tis which thou must wear as a lamen upon thy breast, ect."
In several other texts, he is also described as a God of vengance, death, and posession - usually, mideval rumors and propaganda from Jewish and Catholic sects at the time.
Posted by Unknown at 4:21 PM No comments: